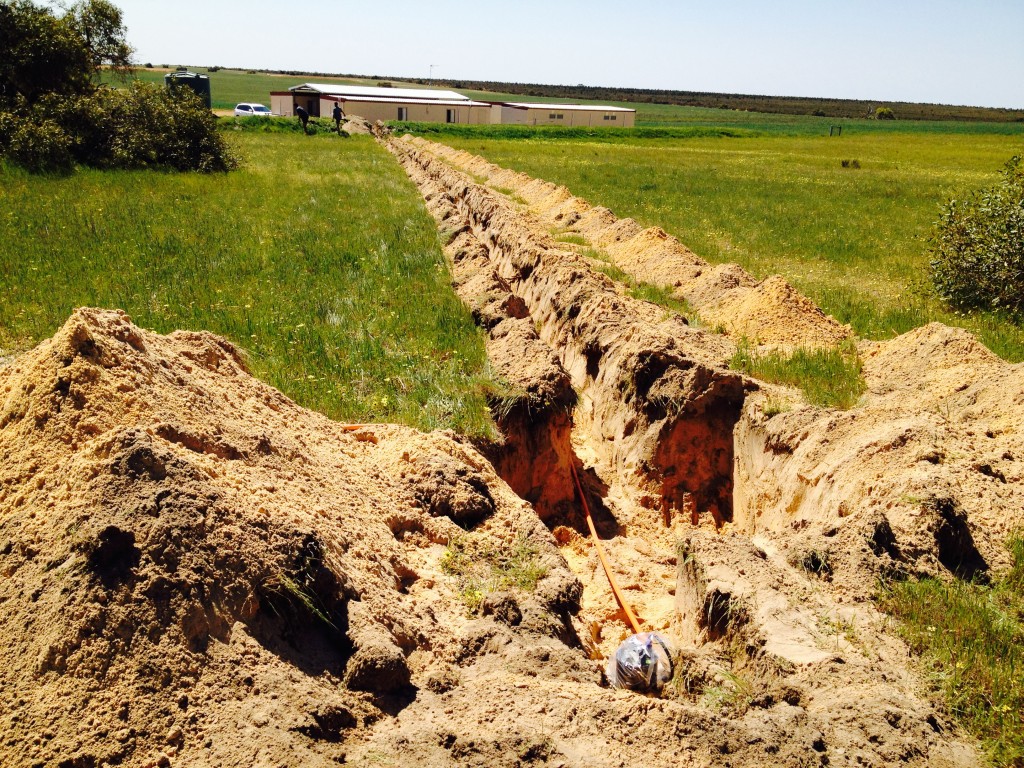 The SRC has been engaged by a consortium of energy companies to monitor the seismicity in the North Perth Basin around several natural gas fields. Some of these fields, around 300km north of Perth, were discovered in the 1970’s and 80’s, and now, due to advancements in hydraulic fracturing technology, present potentially commercially viable development opportunities. 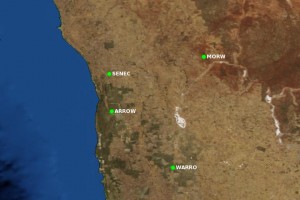 Three new seismograph stations have been established which, along with the Geoscience Australia station near Morawa, form a network that will identify earthquakes in the local region and surrounds. The seismographs are located at the Warro, Arrowsmith, and Senecio gas fields, operated by Latent Petroleum, Norwest Energy, and AWE respectively.

Data from these seismographs (Kelunji EchoPro recorders with Guralp CMG-6T-1 seismometers) are telemetered via 3G data modems in near real time to the SRC’s observatory system (eqServer) where our analysts review data daily and determine the location and magnitude of any earthquakes detected. In fact, on the first day after installation a magnitude 2.6 earthquake was detected near Beacon, about 200-350km from the seismographs – an encouraging sign that the network will be able to detect very small earthquakes that may occur in the region immediately adjacent to the gas fields.

This pilot network will help form a picture of the natural seismicity in the region, providing a baseline for future comparison. The network significantly improves the minimum magnitude detectable and provides more clarity about the level of natural seismicity in the region.  There is potential for even more advanced monitoring and, depending on the results of this pilot network, further detection equipment may be installed.

Initial discussions to final installation took less than 2 months – possibly the fastest project turnaround the SRC has undertaken, a testament to the great cooperation between the Energy groups and the Seismology Research Centre.