After 30 years sitting unused, one of the earliest earthquake monitoring vaults in Australia has recently been recommissioned as an operational seismic station with a modern seismograph using GPS timing and 3G data telemetry. 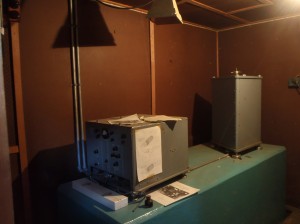 Originally commissioned in 1959 along with two other underground vaults in the Burragorang and Upper Nepean State Parks, the Jenolan vault formed a triangulation network to monitor earthquakes in the Sydney region. Here’s an article from 1957 talking about the Australian National University building up Australia’s earthquake monitoring capabilities. Each station originally housed a photographic recorder that traced vertical ground movement onto film, so the vaults needed to be completely dark and have facilities to develop the film on site. 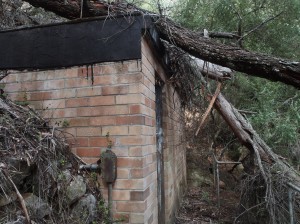 In the 1980s the stations were upgraded to send data via radio into the Sydney suburb of Guildford where the traces were drawn onto chart recorders, but to do so meant moving the Jenolan station out of the valley, leaving the vault and the photographic recording system behind.

In the 1990s the SRC took over the operation of the seismic network and installed digital recorders at the radio-telemetered stations. Over the next twenty years the popularity of recreation and camping in the area had increased and the new station had been discovered and vandalised several times. After the last equipment theft in late 2012 we decided not to reinstall equipment at the site. 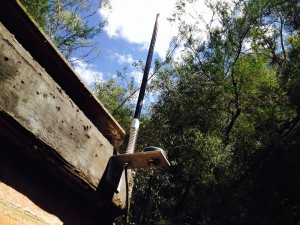 Discovering that 3G communications were available down in the valley at the old vault, the SRC contacted the Jenolan Caves Trust who were very happy to assist us by clearing the fallen trees to allow us to re-establish earthquake monitoring at the historic vault. We highly recommend taking a tour of these beautiful caves if you are ever in the area. 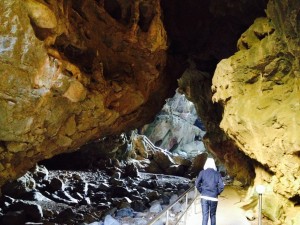 Since installing a new Kelunji EchoPro recorder and a triaxial seismometer in the vault, the SRC is now able to monitor earthquakes in real time from a well engineered, secure and quiet location on the western side of the Blue Mountains, complementing the other original vaults and the dozens of telemetered field seismic stations that are monitoring the Sydney region to the east.