What is the difference between a seismograph and an accelerograph? Which one is used for structural monitoring and which is for earthquake detection? We’re glad you asked!

A seismograph is a generic term used to describe a recording device that detects ground motion due to earthquake. Typically this will comprise a recorder and a seismometer, which is a sensor that detects the velocity of the ground. Seismometers are usually very sensitive and will easily detect a typical quarry blast at a range of 100km. Seismometers should not be confused with geophones, which also detect ground velocity but are typically much less sensitive and are used for close range blast monitoring and surveying.

An accelerograph is recorder that uses an accelerometer, which as you can tell from the name detects the acceleration of the ground. Accelerometers are much less sensitive than seismometers, but have a much greater range, detecting ±2g or more of ground acceleration (things start flying off the ground at 1g, when gravity is overcome). By comparison a seismometer will clip at full scale if you tap it too hard with your finger. 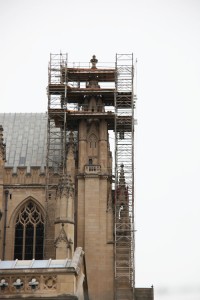 SMAs, or strong motion accelerographs, are usually all that is required for monitoring the response of a structure during an earthquake, whether this a building, bridge, dam, power station, or any other critical infrastructure that could be affected by a large earthquake. Signals that are too weak to be clearly visible on an accelerograph will generally not be of any concern to the structural integrity of the asset.

The Gecko SMA-HR is uses a highly sensitive earthquake-monitoring-grade accelerometer to create an all-in-one accelerograph that is extremely simple to install.