In December 2013, SRC visited the island jewel of the Indian Ocean, Sri Lanka, known for its tea plantations and cricket culture. Like Australia, this small island, is located on a similar stable tectonic environment of Precambrian rock, which also experiences low seismic recurrence, although mid-sized earthquakes are known to occur sporadically in time.

Sri Lanka is addressing issues of water supply for irrigation & consumption, and the demand for electricity, by taking an environmentally approach establishing a dam and hydroelectric power station. The SRC had the opportunity to recently prepare a Probabilistic Seismic Hazard Assessment (PSHA) for the construction of a new large gravity dam and reservoir to be located at Moragahakanda, across the Amban River north of the Central Province in Sri Lanka.

Historical seismicity records as far back as 1615 CE recorded an earthquake with an assumed Modified Mercalli Intensity (MMI) of VIII (or perhaps even IX) at the capital, Colombo on 14th April. Given the low levels of seismic activity within the country, this event is evidence of intraplate compression, much like Australia, given both nations are located on the Indo-Australian Plate, this does not seem particularly surprising. 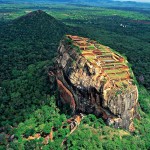 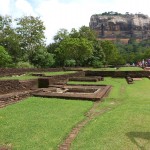 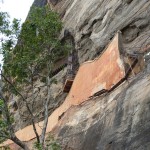 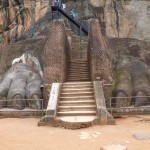 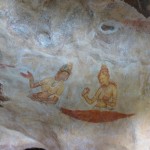 Near the location of this large-scale project is the UNESCO World Heritage Site, the Ancient City of Sigiriya, built over 1,000 years earlier than the devastating earthquake of Colombo. According to the ancient chronicle, the Culavamsa, explains how King Kashyapa came to reign by murdering his father and also threatening his elder brother Moggalla (the rightful heir next in line) during the 5th Century. During his reign (477-495 CE) the king built a magnificent palace upon a towering 180 metre high column of rock at Sigiriya (which means Lion Rock, seen at the foot of the structure in the photo collection).

The Ancient City of Sigiriya is of great archaeological importance, primarily as being the best preserved example of ancient urban planning, but also is the earliest evidence of human habitation dating 5,000 years ago during the Mesolithic Period. During the rule of King Kashyapa and fearful of his exiled brother in returning with a surprise attack, Sigiriya was developed into a complex city and fortress built atop the towering rock seen from all directions within the jungle. Two palaces were built, one on the ground and one atop the ‘Lion Rock’ for protection and security. The palace was built with magnificently decorated colourful frescos and a mirror wall made of highly polished white plaster, said to be the king’s admiration of his reflection as he walked past it. It was an elaborate construction with defensive structures, palaces, highly manicured and well planned gardens and pools.

Nearby, Moragahakanda Dam is currently under construction and is expected to have a storage capacity of 521 million m3 of water that will be used as an irrigation source, boosting the countries rice production by up to 81%. It is also planned to provide the local population with much needed electricity generated at the 25 megawatt Moragahakanda Hydroelectric Power Station, saving US$2.49 billion annually as the nation considers being more environmentally friendly, leaving behind traditional fossil fuel sources.