In 1976 the SRC produced our first seismic hazard report for an LNG tank in Dandenong, Victoria. Since then we have produced several hundred seismic hazard assessments for a wide range of structures including dams, weirs and barrages; nuclear facilities, geothermal and other power stations; mines, tailings dams and mineral processing sites; offshore and onshore oil and gas platforms; treatment plants and pipelines; railway lines, highways and bridges; port facilities, hospital sites, desalination facilities, and scientific observatories; and other vibration-sensitive historic and cultural sites. 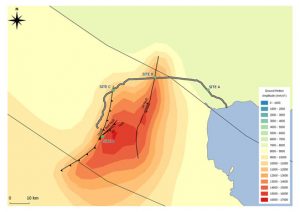 The vast majority of the sites studied have been within Australia and Asia but we’ve also carried out studies around the globe. Our consulting team of Elodie Borleis, Russell Cuthbertson, Gary Gibson, Dee Ninis and Wayne Peck have over 100 years of combined seismological experience, providing us with the resources to keep up with the latest knowledge and enabling an internal review processes from a variety of perspectives.

Because the SRC also operates networks of seismographs within Eastern Australia, we have intimate familiarity with the local seismic activity. We use internally computed and reviewed earthquake solutions as the primary input for hazard studies in our region, something few other commercial organisations can boast. 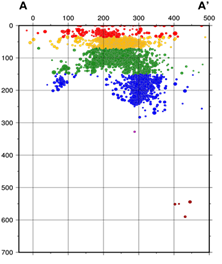 We have been continually developing and updating a seismo-tectonic model for Australia for the past 40 years. We use a zoned model, where zones are defined not just by areas of homogenous seismic activity but also by structural and geophysical characteristics. We prefer this approach over smoothed seismicity models for areas where the complete seismic record has not been captured by the earthquake catalogue. We recognise that there are advantages and disadvantages to both approaches, so we will generally use a weighted logic tree method to try and capture the epistemic uncertainty involved in any seismic hazard assessment. A similar larger-scale zoned model has also been developed for most of southeast Asia.