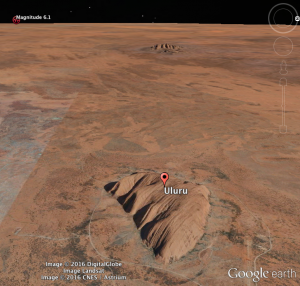 In the early hours of Saturday the 21st of May 2016, the largest earthquake in almost 20 years struck central Australia, about 125km west of Uluru. This magnitude 6.1 earthquake was recorded at our seismic stations all over Australia, from Perth to Hobart to Brisbane, even visible on a strong motion accelerograph in our noisy office in Melbourne almost 1600km away. 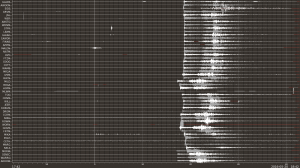 Seismologists use different types of sensors to detect different types of earthquake. When monitoring structures for damage we use less sensitive “strong motion accelerographs”; when looking at nearby small to moderate earthquakes we use “short period” seismographs; but to accurately capture all of the energy from larger distant earthquakes (such as this one) we use “broadband” seismographs that can capture very slow oscillations of the ground that may be many seconds long per cycle. In the image below, the red traces are the strong motion recordings (east-west, north-south, and up-down from top to bottom) and the green traces are the broadband velocity recordings from this earthquake, as observed at our office. As you can see in the latter part of the recording, large earthquakes produce very strong low frequency waves, in this case with periods of around 5 seconds (0.2Hz). 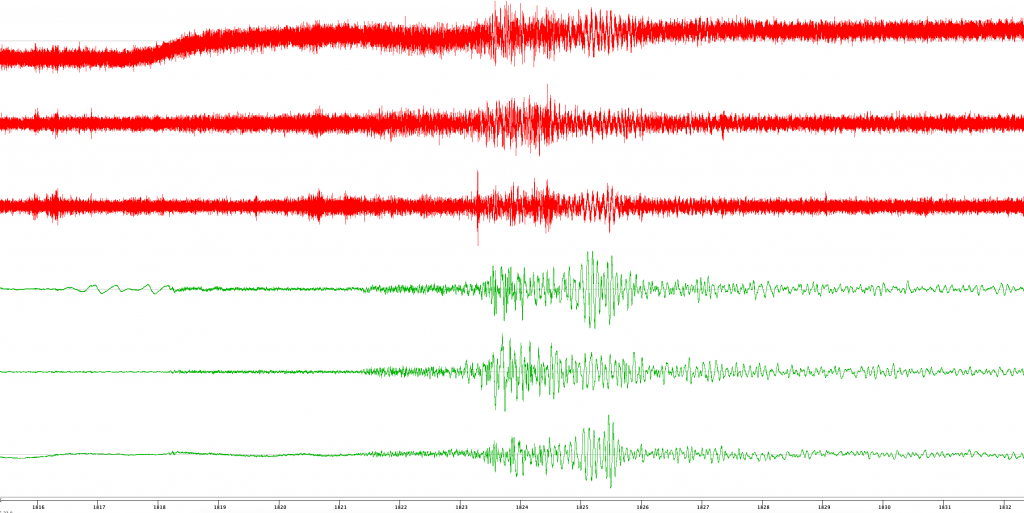 This event was the largest since the 1997 magnitude 6.2 earthquake at Collier Bay in northwestern WA.