Get to know the SRC: Wayne Peck

Meet the longest continuously-serving employee of the SRC, seismologist Wayne Peck. You can find Wayne on Twitter: @PeckyQuake 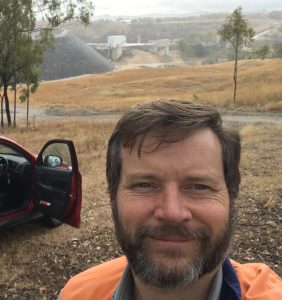 Q: When did you start working for the Seismology Research Centre?
A: 23 July 1990. At the time the SRC was expanding operations after the Newcastle earthquake, which had occurred about 6 months earlier.
Q: What was your first role at SRC, what do you do now, and how has it changed over time?
A: I was originally employed to write our routine seismic activity reports for clients who paid for the operation of the seismic network. This was prior to cost effective data telemetry options being available, so data was collected from the seismic network by site visits, the data was then processed and events located, and every three months we would write up a report to send to the client with a list and map of local earthquakes. This meant I often ended up writing about really interesting or significant events about three months after they had occurred!
Q: How did you become interested in seismology?
A: I studied geography, earth science and biology at university and loved the fieldwork involved so when I saw a job advertised that promised visiting remote sites around the country by four wheel drive I leapt at the opportunity.
Q: What do you like most about your job?
A: People imagine that seismology is a niche specialist field but I love the fact that in addition to geophysicists, mathematicians and geologists people from an enormous range of backgrounds from computer science to social scientists, psychologists and economists can all contribute to the field of knowledge.
Q: What do you find most challenging?
A: Ocean Bottom Seismographs have presented some extreme highs and lows. Releasing hundreds of thousands of dollars’ worth of equipment off the back of a ship without a rope attached where the ocean floor is four kilometres deep is nerve wracking. We know less about the surface the instrument will touch down on than we do about the surface of the moon. The elation when you successfully retrieve an instrument and all the data from that environment is pretty high but the disappointment when you have a catastrophic failure or loss of an instrument is hard to take.
Q: If you had to work in another field, what would you want to do?
A: My current obsession is coffee so I would say barista, but unfortunately my past obsessions of scuba, cycling, homebrew and motorbikes among others only seem to last a couple of years. It’s amazing I’ve stuck with seismology so long!
Q: What has been your most memorable career moment?
A: While servicing the micro-seismic network we operated around the Eugowra earthquake swarm I was being interviewed on ABC National radio and the host and I were both sitting on a large slab of fresh cut granite in a disused quarry when we both felt and heard a tiny local earthquake. I later located the event and determined a Richter magnitude of just ML 1.2. Many seismologists talk about the big events they’ve felt, but I claim a record for feeling the smallest earthquake and I have the proof on audio tape! I also claim this as proof that my wife is wrong, I’m not insensitive!
Q: What advice would you give to a student who wants a job like yours?
A: Pay more attention in maths than I did. 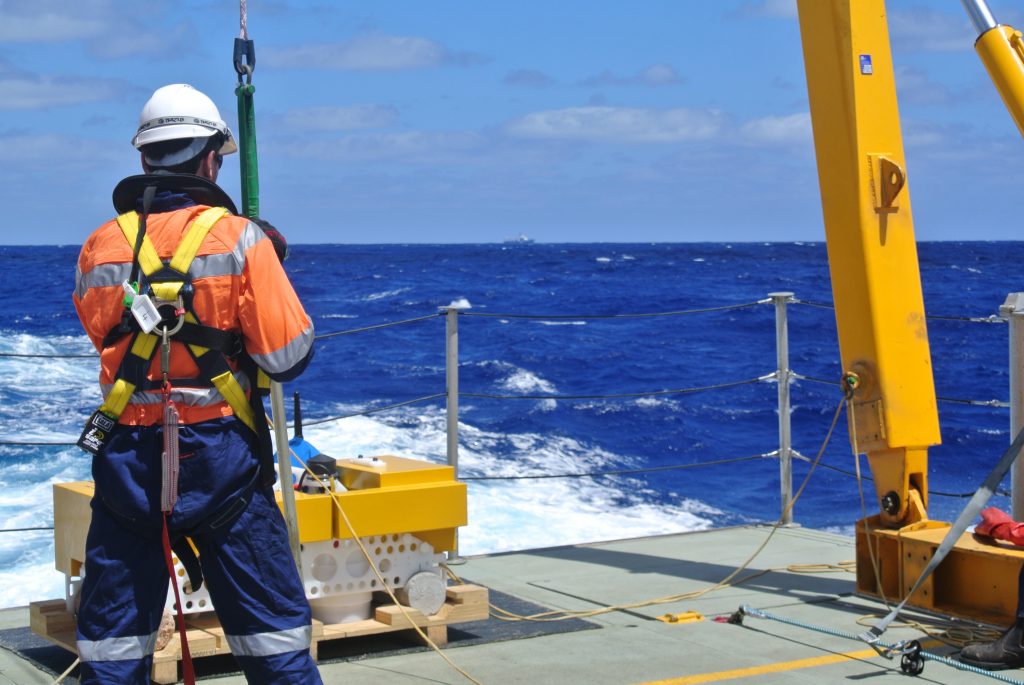 Wayne Peck, preparing to deploy an ocean bottom seismograph in the Indian Ocean, hundreds of kilometres off the northwest coast of Western Australia