Get to know the SRC: Dr Dee Ninis

In the first of our Q&A posts we introduce you to Dr Dee Ninis, our resident earthquake geologist. Dee is also new to Twitter, so welcome her @DeeNinis 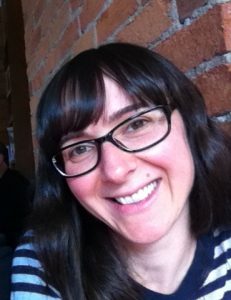 Q: When did you start working for the Seismology Research Centre?
A: I originally started with the SRC in 2004, and was with them for about 4 years before I left for New Zealand to undertake a PhD in earthquake geology. I returned to working for the SRC in 2017.
Q: What was your first role at SRC, what do you do now, and how has it changed over time?
A: My first role with the SRC was as an Earthquake Hazard Analyst. I still work in earthquake hazard, but I now focus on fault-related hazard using the knowledge I picked up during my time in New Zealand.
Q: How did you become interested in seismology?
A: I felt my first earthquake when I was about 6 years old and it really captured my imagination – I was hooked! I studied geology at university, mainly for the few earthquake related classes in 3rd year – it was worth it. After working for the Dept. of Minerals and Petroleum for five years after finishing university, and almost giving up on finding employment in earthquake science, I landed a job with the SRC. I was on cloud nine for days afterwards – I literally smiled so much that my cheeks hurt!
Q: What do you like most about your job?
A: While earthquakes can no doubt be devastating, as an earthquake scientist I find them fascinating. The fact that the ground-rupturing earthquakes can permanently deform the landscape in a matter of seconds to minutes, with no warning, is awe-inspiring.
Q: What do you find most challenging?
A: As an earthquake geologist in Australia, I’d say the most challenging thing is lack of data relating to paleoearthquakes. Such data is needed in order to extend what we understand of Australian tectonics beyond what we see in recorded seismicity, which only goes back about 80 years. There is a general perception that “we don’t get earthquakes in Australia” but this is not the case – Australia experiences an earthquake of magnitude 6 or greater about every 6 years. We’ve so far been lucky that such an earthquake hasn’t occurred beneath one of our major cities. A better understanding of past earthquake activity can help us to prepare for future events.
Q: Do you have a vision or goal that you’d like to achieve in your career?
A:  I’d like to think that earthquake science is finally gaining momentum in Australia. I hope I can contribute to this movement, and to what we understand of Australian seismicity – there is a lot that we don’t know!
Q: If you had to work in another field, what would you want to do?
A: I’ve always wanted to work in earthquake science, so this is a tough question to answer! If I had to choose another option, probably astronomy.
Q: What has been your most memorable career moment?
A: After years of reading manuscripts written by earthquake geologists, it was a huge thrill to have the opportunity to work with some of them. I’d also have to mention experiencing the M7.8 Kaikoura earthquake in Nov 2016 while living in Wellington, NZ. There are a number of earthquake scientists who are yet to feel an earthquake!
Q: What advice would you give to a student who wants a job like yours?
A: Unlike when I was going through university, Australia has more options now for those wanting to study earthquakes. Get in touch with people doing what you’d like to do – make yourself known. 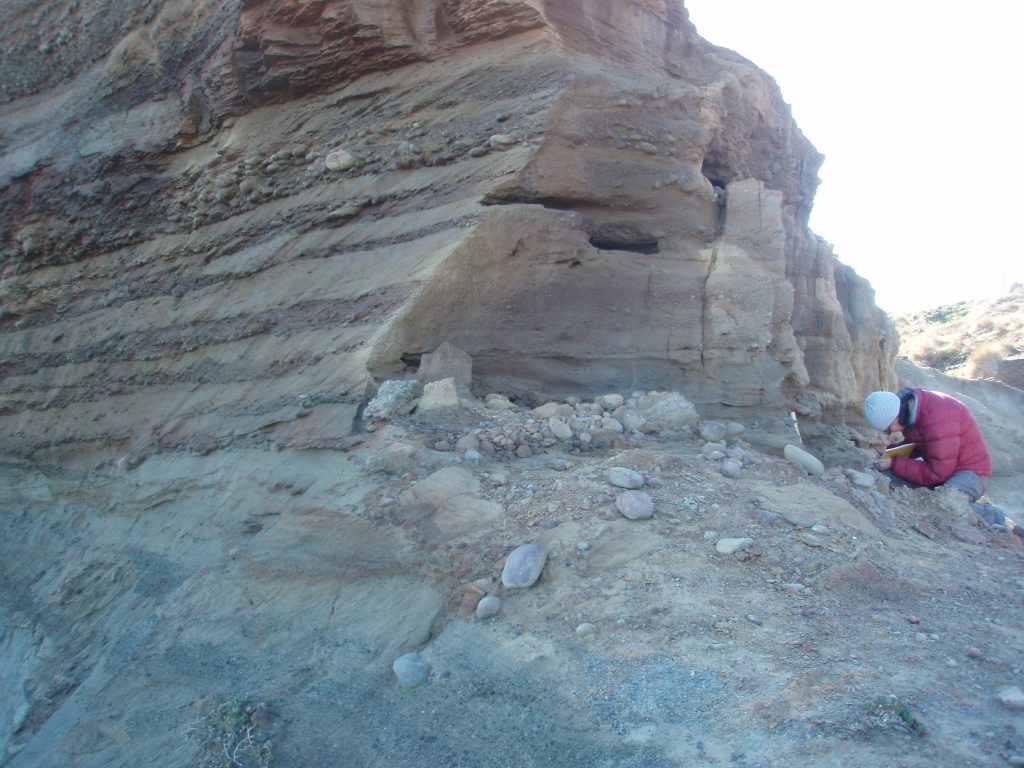 Dr Dee Ninis looking at uplifted marine platforms along the Southern Hikurangi Margin near Wellington NZ as part of her PhD research.