The Seismology Research Centre, or SRC, was founded in 1976 in the northern suburbs of Melbourne, Australia. It was part of RMIT University until 1998 when it was acquired by private industry, now owned by ESS Earth Sciences.

The SRC operates the largest private earthquake observatory network in the world, and operates the greatest number of earthquake seismograph stations in Australia. Our clients include many government and private organisations that require rapid notifications of earthquake epicentre locations and magnitudes to aid in the emergency management of their assets and infrastructure.

Our staff have installed seismographs all over the world, provided training in basic seismology, hardware and software operation and maintenance, and have provided expert advice on the seismological inputs to many major engineering projects – including historic buildings, dams, and coal, gas, nuclear and hydro power stations. 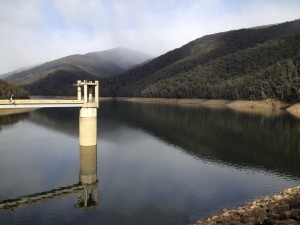 When the SRC was founded in a University environment, our research had a more academic focus, but also included the same research activities we undertake to this day, with a focus in three main areas: 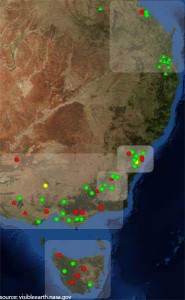 Our observatory is located in Richmond, an inner city suburb of Melbourne VIC, and we also have an operations base in Brisbane QLD to service our northern seismograph stations.

The SRC operates a 24/7 on-call duty staff roster that enables us to respond to earthquake emergencies within minutes.

The SRC is also the regional distributor for products made by Guralp Systems Limited, a UK-based manufacturer of some of the best sensors in the world for monitoring earthquakes from the earth’s surface, in boreholes, or from the bottom of the ocean.